Reading Chernow’s new 5star-book about Grant has helped me to better frame some recent events, as they seem to be history repeating themselves. Every high profile general has his enemies, seen and unseen. Generals also have their supporters that, if the generals are lucky, place efficiency above rumors. Civ-Mil relations are always a thorny topic and no one had a bigger briar patch than Lincoln to contend with. There are some lessons in Lincoln’s decisions. 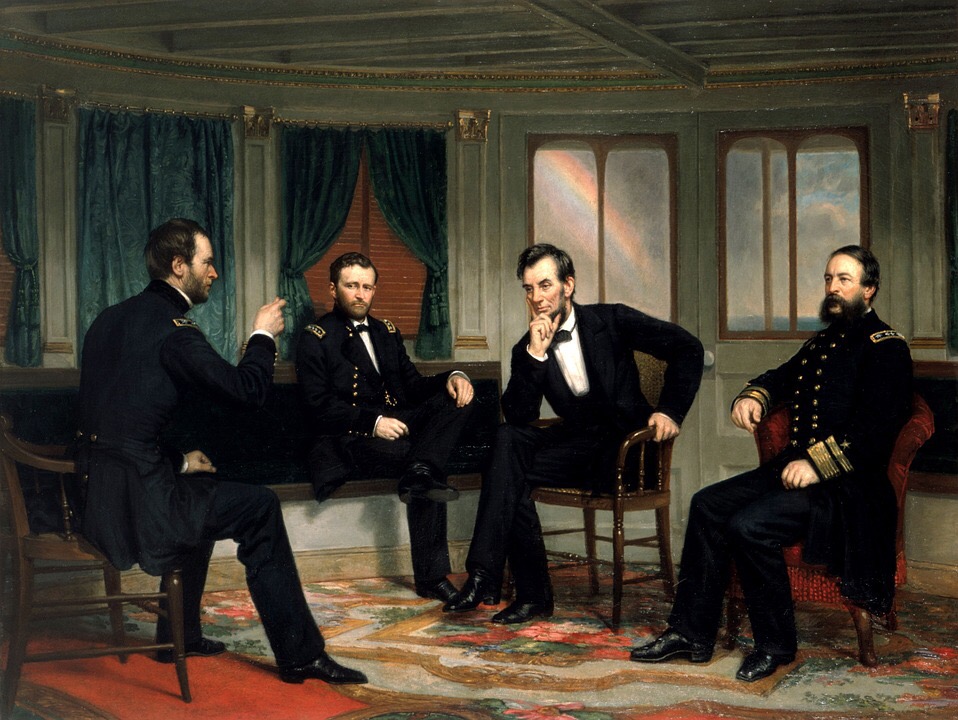 General Grant in 1861 was steadily crushing the myths about the invincible southern soldier. Above him were self-proclaimed “talented and smart” leaders that resented his success; tried to undermine his command and reputation; and at the same time tried to find ways to claim credit for his victories in the Mississippi Valley at Paducah, Fort Donelson, and Shiloh.

General Halleck, his immediate boss and General McClellan the new (and youngest) Army General in Chief we’re both jealous of Grant’s successful leadership and tried to convince President Lincoln that Grant was drinking excessively, failing to follow orders from them, and failing to fill out all the bureaucratic paperwork that they required of him. Both these leaders styled themselves as insightful and successful military men. Both were far from it. They talked a good game but were back-stabbers that did not know the first thing about teamwork. They thought nothing about hamstringing the war effort to score petty political points against Grant. They selfishly put their own careers above saving the union. It should never be forgotten that these kinds of childish actions that aim to harm a wartime commanding general can cost human lives on the battlefield.

These cowards were so successful in their conniving that in the midst of Grant’s battlefield success they got him relieved of command (for a while). This occurred at the same time Secretary of War Stanton was personally ensuring that Lincoln knew of Grant’s successes and ensuring he was getting promoted to reward his martial capability.

Grant ruffled feathers because he had an instinct for war that the armchair generals lacked. Grant didn’t care about the pageantry and social niceties that the losing generals craved. Grant was beloved by his soldiers, had a loyal staff that knew he was brilliant and caring, and had a good relationship with the president of the nation he was fighting a war in.

The press happily supported the enemies of Grant by relying on myths and rumors from un-named sources to print stories in partisan outlets. One reporter tried to turn the battle of Shiloh into a debacle by a drunken Grant and was given a 19,500 word column in a newspaper and was even allowed a pen-name to try to destroy General Grant just as Grant readied to plunge his army deeper south into the enemy’s stronghold.

Luckily for Grant, President Lincoln knew talent when he saw it. Lincoln had been seeking a fighting General that could think strategically and win a damned battle. He was tired of well-heeled smooth-talkers that couldn’t whip a rebel on the battlefield. Lincoln found his General and no amount of conniving on the part of the jealous lightweights in between Lincoln and Grant could undue their admiration for each other.

The similarities to Grant’s style of leadership and views on war and reconciliation are many…read both their memoirs and see. McChrystal found himself in the same position as Grant in 2010 as the commander of all forces in Afghanistan. 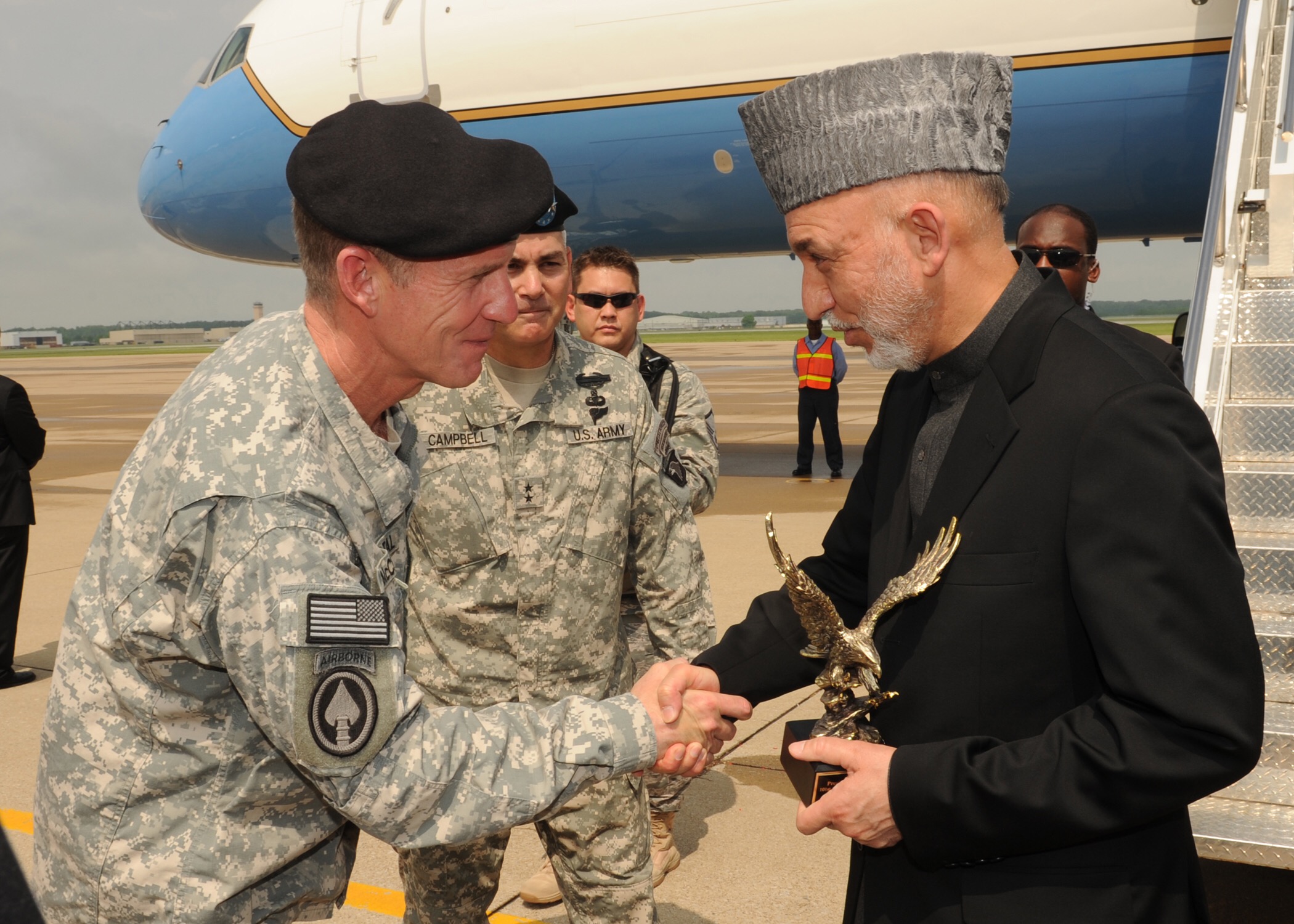 General Stan was beloved by his soldiers, was changing the war and causing the enemy to shift its own strategy, had a loyal staff around him, and had a President in Hamid Karzai that truly admired him.

This time it wasn’t McChrystal’s higher military commanders that were trying to undermine him. CENTCOM Commander Petraeus, NATO Commander Stavridis, CJCS Mullen, and SecDef Gates all wanted McChrystal to be there and knew he had the talent and instinct to start winning the war. They also knew he had offered to stay for multiple years as commander to provide a continuity of leadership the war had never had.

This time the falsely-intelligent armchair generals were in the White House. During his one year of command at ISAF there was a continuous effort to undermine his strategy and his command by various lightweights at 1600 Pennsylvania Avenue in DC. They lodged complaints of disrespect for civilian oversight and leaking of secrets against General McChrystal or his staff.

When an unscrupulous anti-military and anti-war reporter (who current journalists say destroyed years of credibility by war correspondents) filed a story in a music magazine the enemies of Stan McChrystal smelled blood. His enemies didn’t care about his battlefield success and changes Stan had made in the worldview towards the Afghan War. They wanted to believe a novice reporter citing sources “close to McChrystal” instead of even asking the four star general for his side of the story.

President Karzai was as shocked as the soldiers and staff around General McChrystal as it appeared that President Obama was calling McChrystal back to DC to sack him. President Karzai was the Lincoln of 2010. He had finally found a fighting general that spoke plainly to him and respectfully sought Karzai’s advice and consent about the campaigns being waged in his country.

Karzai had been looking for a Grant for 8 years. He wanted someone who saw the big picture and would help him as the Commander in Chief to strategically see the war and intelligently devise a multi pronged plan to win the peace. McChrystal had done that for him over the last year. Karzai had grown to admire the soft spoken and humbly efficient General.

President Karzai had also felt disrespect from 1600 Pennsylvania and yet he tried to weigh in after the Rolling Stone story broke and asked Obama to return his “Grant” to Kabul so they could continue their efforts together. He was joining the chorus of voices up and down the chain of command advising Obama to brush off any alleged slights in the article and take the high road. They counseled that he give McChrystal a final warning and send him back to win the damn war and get rid of any drama makers in his staff.

In the end Karzai/Lincoln was no match for the thin-skinned armchair generals at the White House. President Obama felt he must relieve the 2nd commander in a row in Afghanistan. McChrystal was out and Karzai would have to adapt to yet another new general. Investigations would later show that the article that ended McChrystal’s career was not what it seemed to be…a smoking gun.

The cycle continues in warfare. The press, the armchair generals, and the jealous and incompetent souls always appear to stop the man on the horse that is just interested in winning the war and bringing his soldiers home. What are we as a nation failing to teach our Presidents and Wartime Commanders? Is it about the personal relationship that is often lacking between The Commander in Chief and his commanders? Maybe not; Lincoln had never even met Grant during all the long months he defended him so staunchly against his critics.

How do we insulate winning generals from the rumor-mongers in future wars? That it seems is an eternal question. How much of this problem did McChrystal bring upon himself? Was there a bizarre effort to destroy General McChrystal for fear he may rise in popularity and become a political threat to the Obama Administration? Did the same thing happen to General Petraeus and General Mattis? How many American and coalition lives were lost by removing General McChrystal in the midst of a massive momentum shift? Are we looking at this Civ-Mil relationship example from the right perspective? Is Lincoln a great study for modern presidents when they think about how to interact with Generals and Admirals? These are questions being asked by people that are still trying to understand why President Obama would sack a successful general against the advice of so many respected leaders.

Maybe it’s really about how much a President wants to win a war. I imagine Lincoln knew that having a winning General that could win the war was more important than anyone’s hurt feelings. The debate will continue, but reading Chernow’s account of Lincoln and Grant might go a long way towards educating us all.

Jason Criss Howk is a retired military officer and was Aide de Camp to General McChrystal in Kabul previous to the arrival of the Rolling Stone reporter that helped undermine McChrystal’s Command. He had ushered McChrystal through command preparation and Senate confirmation and accompanied him on his battlefield circulation and Kabul orientation as ISAF redesigned the US/NATO strategy. He was working for Sir Graeme Lamb by September 2009 watching this drama unfold on a daily basis. Jason had known President Karzai since 2002 and advised on how to build a close relationship between Karzai and McChrystal. He was previously a General’s Aide to Karl Eikenberry who was the US Ambassador to Afghanistan during this time period. These comments are personal views and do not reflect the views of any of Jason’s employers.