According to The Times reporters Tomlinson and Sahi, “The Taliban vowed to fight on “for a hundred years” after President Trump revealed he had cancelled a secret summit with militant leaders and the president of Afghanistan, scrapping months of peace talks on the brink of a deal to end the 18-year conflict.”

So where does this leave the war in Afghanistan? What comes next? And how should the world assess its commitment to the Afghan people as we commemorate the 18th year since that Fall day that launched this war?

I suggest we do so with a careful eye that looks beyond the headlines, enemy propaganda, and cliches about graveyards, empires, watches and time. 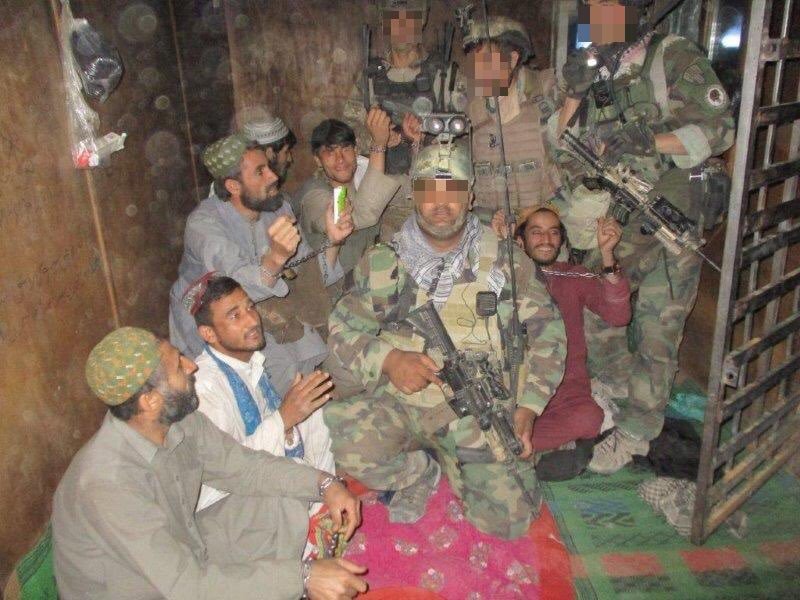 For a few of us Afghanistan has been our life’s mission since 2001, for most it has been a war fought mostly as an afterthought since the October 2001 liberation operation. That 2001 invasion force was led by our Special Operations Forces (SOF) with support from 4 of our 7 anti-Soviet Afghan allies, the intelligence community, and a few non-US SOF elements.

The war has gone through a few phases but our original mission remains stubbornly the same. This is a part of the world that frustratingly changes slowly due to interference of regional neighbors in security affairs. So our mission to destroy Al Qaeda, keep the taliban out of power, and create an Afghan security sector capable of handling its own stability and counter-terrorism duties continues. 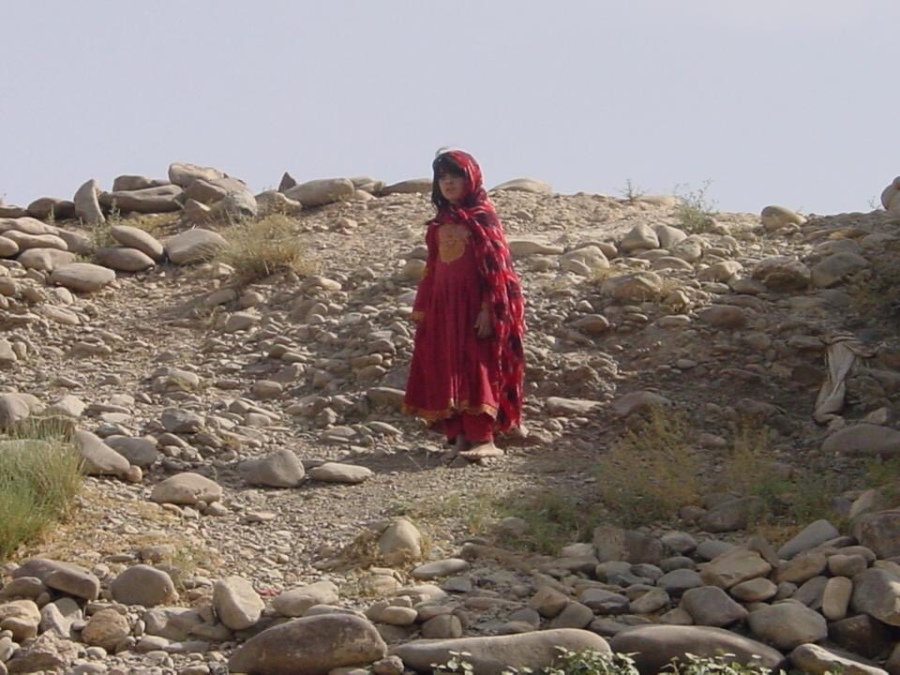 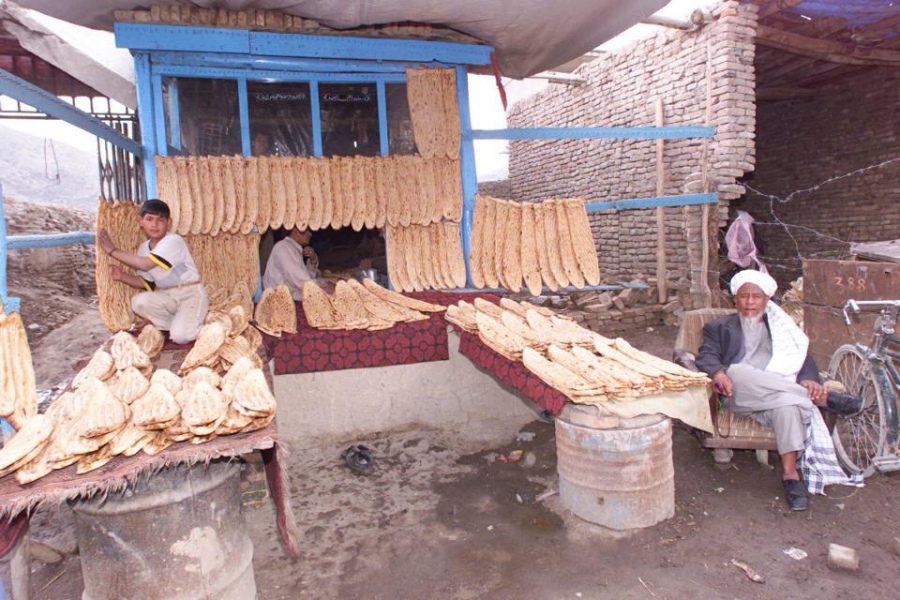 After the October 2001 invasion phase America moved into a security sector reform (SSR) phase in late 2001 and early 02. (The Counterterrorism mission would continue on its own phasing and I won’t discuss those sensitive missions here.) 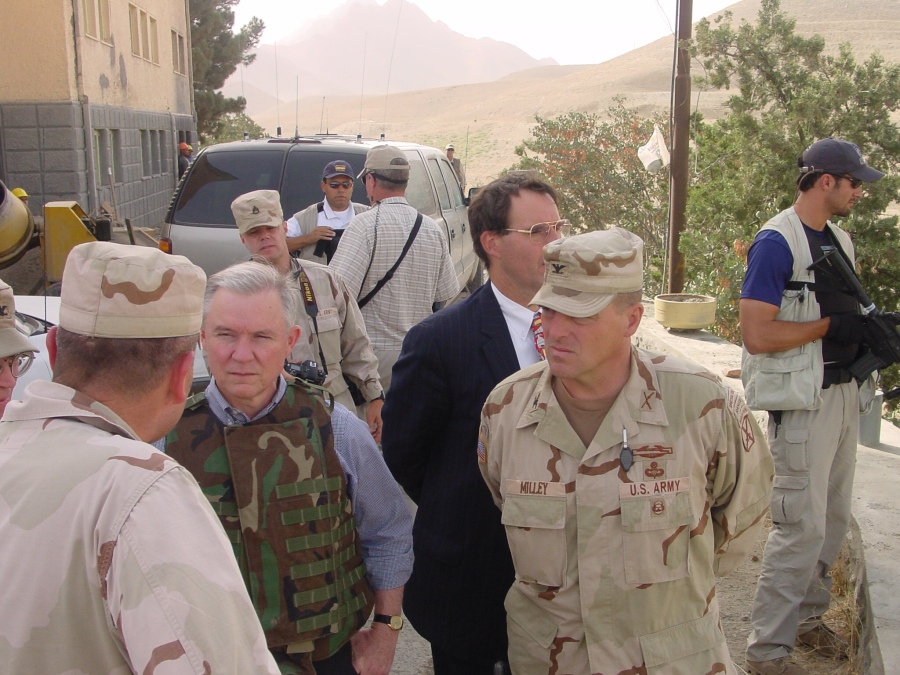 As the SSR phase continued the security of Afghanistan grew worse as Afghanistan’s neighbors aided in the rebuilding of the Taliban movement and other militias. These supporters of terrorism have still not been sanctioned for their actions that have killed tens of thousands of Afghan civilians and NATO and Afghan forces. 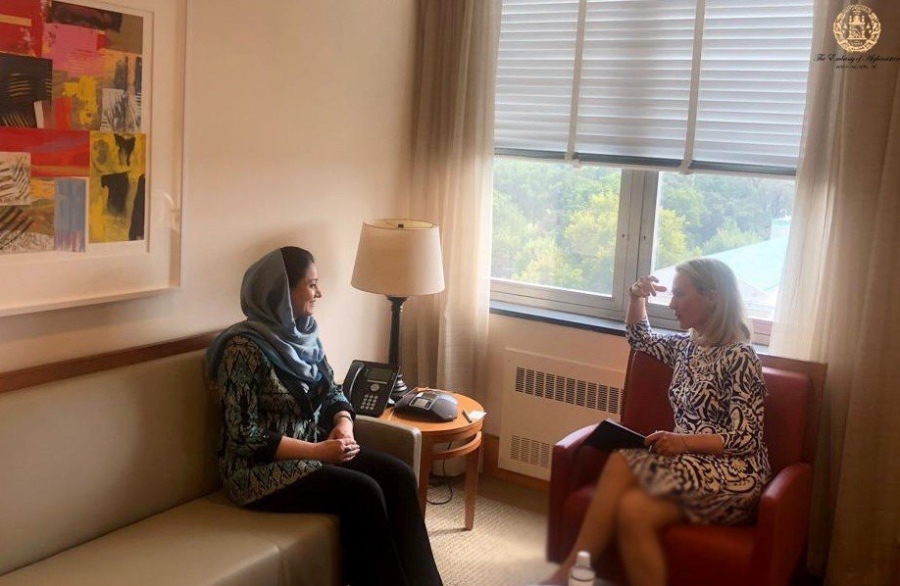 Images of the first woman Ambassador from Afghanistan to the United States meeting with diplomatic, legislative, and economic partners to strengthen Afghan-US relations and build the Afghan economy.

In response to the decreasing security situation the US and NATO surged more forces to Afghanistan as 2009 and 10 brought us into the 3rd phase of the war. Here we increased security operations nationally using Counterinsurgency-like operations. We also increased the size and growth pace of the Afghan security sector, mainly the Army and police, and some local forces. Most importantly we increased the NATO partnership with the ANDSF (Afghan National Defense and Security Forces by fighting shoulder to shoulder with them against the Taliban and other terrorists. This increased the professionalism of the Afghans and gave them enormous confidence in their now-quickly maturing martial capabilities.

In 2014 phase 4 of the war started as the US and NATO forces became confident that the ANDSF could begin to take over the operational lead of the war effort and the NATO ISAF mission turned into Resolute Support to signify the long-term partnership of the NATO and coalition forces with the ANDSF and Afghan people. Just 12 years after the first new Army battalion was built, the Afghans had an entire security sector capable of taking over the NATO coalition leadership role.

So here we are in phase four of the war in Afghanistan. American forces are still on the ground, but much like South Korea they have shifted to the background of operations, except in the Counterterrorism realm where there is much work to be done today, and years of future work as well. That does not mean American forces are out of danger, or that peace has broken out.

In this final phase the Afghan government and martial forces must continue to extend their power throughout their nation, with the help of their partners. As they increase their professionalism and extend their reach the Taliban will be forced into some tough decisions.

One issue that is of great importance to all sides is the prospect of peace talks between the legitimate elected Afghan government and the Taliban movement leadership. The official start of this prospect was 2009 in phase 3 when America and the UK supported then President Karzai’s idea of creating an official peace process for the Taliban fighters and senior leaders. By summer 2010 the Afghans had held a National peace conference (jirga) and published an Afghan government policy to regulate peace prospects and begin official outreach to the Taliban movement.

The current peace talks are an outgrowth of that policy shift by the Afghan government. President Ghani has made clear his administration’s policy of being open to peace talks with the Taliban. The Taliban movement has likewise been clear that they are open to peace talks as they have publicly admitted they do not see a way of winning their war against Afghanistan militarily. Over the years since 2010 many nations have worked, with or without Afghan guidance, to kick-start direct talks between the Afghan government and the Taliban movement leadership. 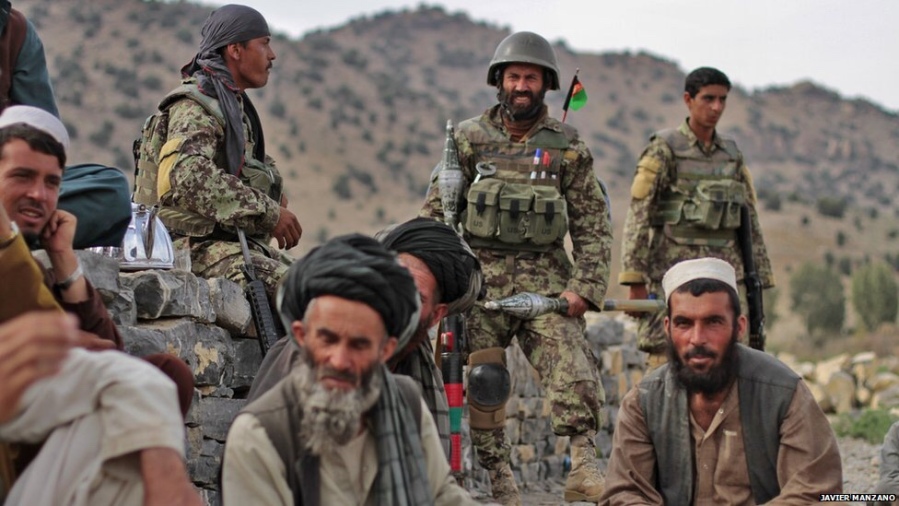 So that brings us up to current events. Recently Ambassador Khalilzad was working to start the direct Afghan Government to Taliban movement talks. His plan was to tie direct talks, a cease fire, Taliban disavowment of Al Qaeda, and the beginning of a US military withdrawal together. The Afghan government was briefed on the deal prospects along the way, as were most of the US government.

In the end the deal did not meet President Trump’s approval, as it was clear the Taliban were not interested in decreasing civilian and military deaths. There were many reasons the current peace process has faltered on the US-taliban movement side of things. But that isn’t as significant as it seems.

The real solution to the war in Afghanistan will come from the vision of the Afghan people as relayed through their elected government. This war hinges on the motivation of the ANDSF to stay on the offensive and the willingness of the Afghan people to start a durable peace process that protects the human rights of all Afghans. On the second point, all the US or any outside nation can actually do is help get that process started. 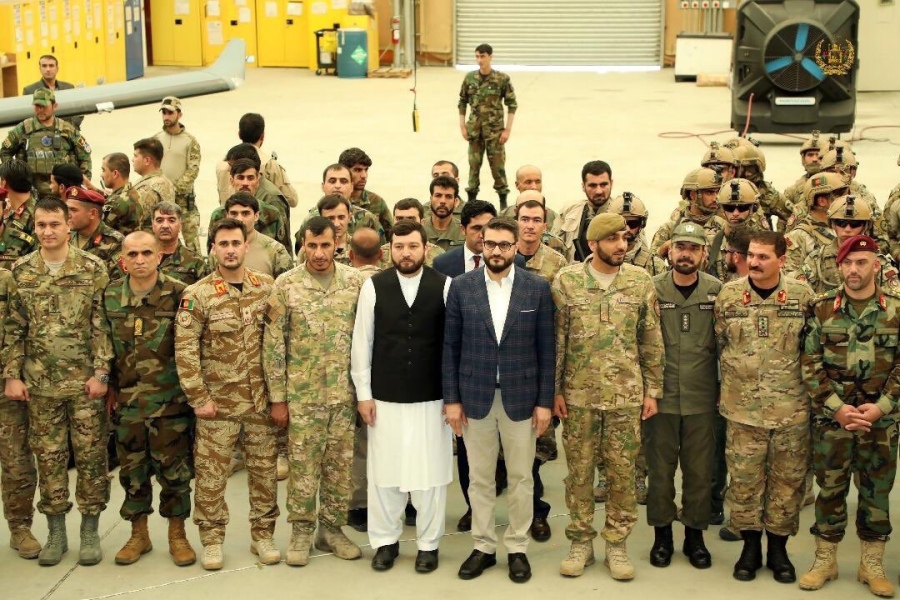 This month the Afghans will vote in another presidential election, their 4th since choosing an interim government after the US led liberation in 2001. After that election Afghans will again make clear to the Taliban how they will allow the Taliban to ask to return to Afghan society.

The Taliban barely have a 12% approval rating in Afghanistan and its only that high because a few remote places haven’t been reached by permanent government security forces.

The ANDSF is a highly respected and capable force now, and is on trajectory to self-sufficiency by 2024. They have taken high casualties since taking the reins of the war in 2015, yet they continue to recruit new soldiers and retain experienced ones. That is impressive on its own merit, but when compared to the US Army that has taken a fraction of those casualties and failed to make its 2018 recruiting goals…that is spectacularly impressive. 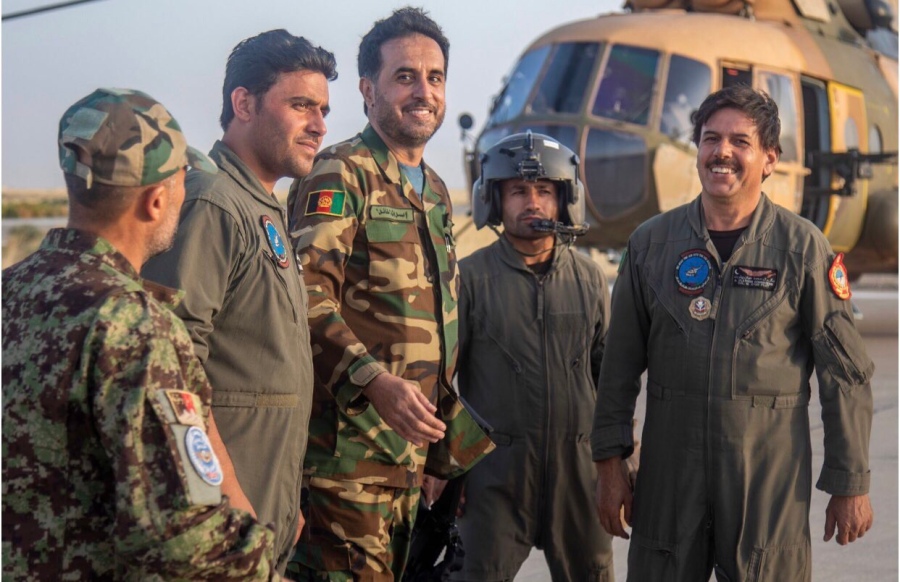 The ANDSF is doing something right. Something the 1980s and 90s communist era Afghan Army couldn’t do. They are all-volunteer, respectful towards the civilian population, and fiercely proud of their professionalism. This is not an Army that will crack under pressure. They are standing strong in their daily battles with the Taliban. 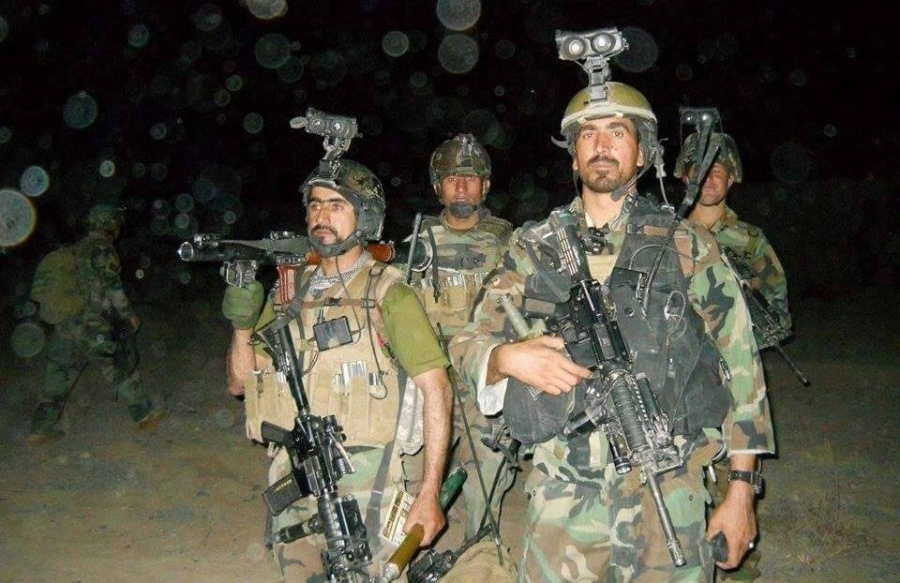 The Taliban movement is often caught after battle running away hiding under burkas dressed like women. 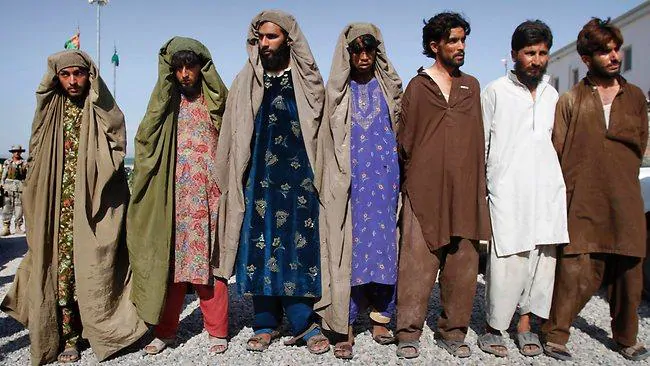 The ANDSF are proud to wear their Afghan flag on their shoulder. They know they are the cornerstone of any future peace process.

If the world continues to support the elected Afghan government and the ANDSF; the Taliban, their supporters and other terrorists in the region will steadily lose ground and eventually the Taliban movement will enter direct negotiations.

The Taliban and their supporters have been counting on the world to abandon the Afghan people since 2002. That was the thrust of the Taliban (and their backers) strategy— to make everyone leave the Afghans alone before the ANDSF got too strong.

That Taliban strategy failed. The Taliban know it. They know their so-called insurgency is finished and they are trying to bluff themselves more than anyone by saying they will fight 100 years.

As long as the world sides with the Afghan people and continues to push for direct talks between the legitimate elected government and the illegal Taliban movement, all Afghans have hope. The ANDSF has, more than anyone, shown Afghans the light at the end of the tunnel. 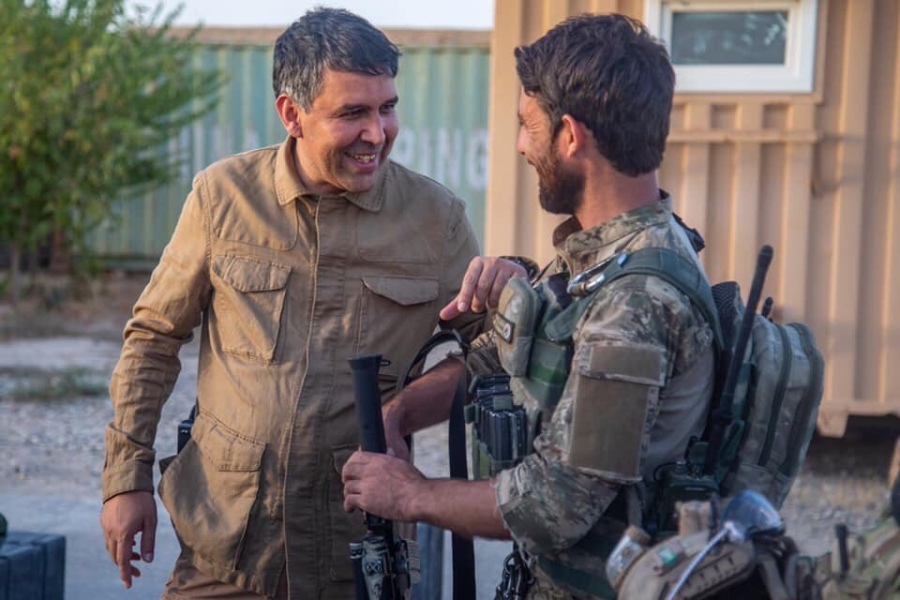 Let’s see if the rest of 2019 or the year 2020 bring about the much needed cease fire and the direct talks required to start to end this war.

Afghans deserve peace, let’s help them get there. 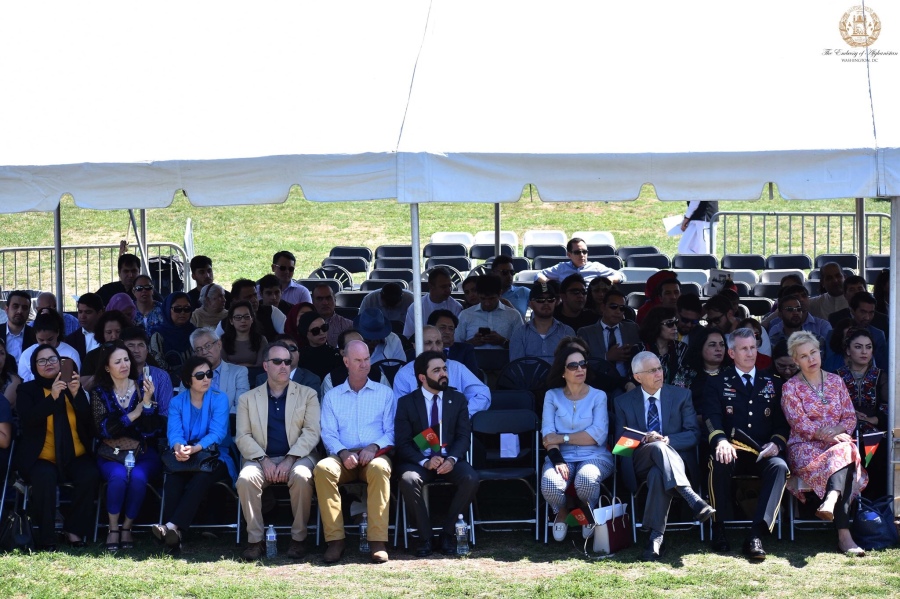 Jason Criss Howk is a retired Army South Asia Foreign Area Officer who now leads interfaith discussions and teaches and writes about national security and Islam. He was an advisor to 5 generals and numerous ambassadors and US policy makers on and in Afghanistan, He is trusted by senior Afghan leaders and has worked closely with many of them on Afghan policy over the years. He does not speak for the US government in any capacity.