Folks if you’re only listening to the SIGAR you have no clue what’s happening in Afghanistan. They spend your tax dollars and valuable time looking at all the wrong metrics. Look at the Afghan press, Afghan citizen twitter, and Afghan government agencies and leaders for context and up to the moment updates.

The Afghan Military and police are unstoppable on the battlefield, the people trust and respect them (and vice versa). Education, diplomatic, economic, and health sectors are constantly improving. Governance and corruption are closely watched and both are moving in the right direction.

The ANDSF are professional, capable, lethal, and improving daily. They have the will to fight and now stay on the offensive year round. The taliban and other anti-Afghan forces are no match. 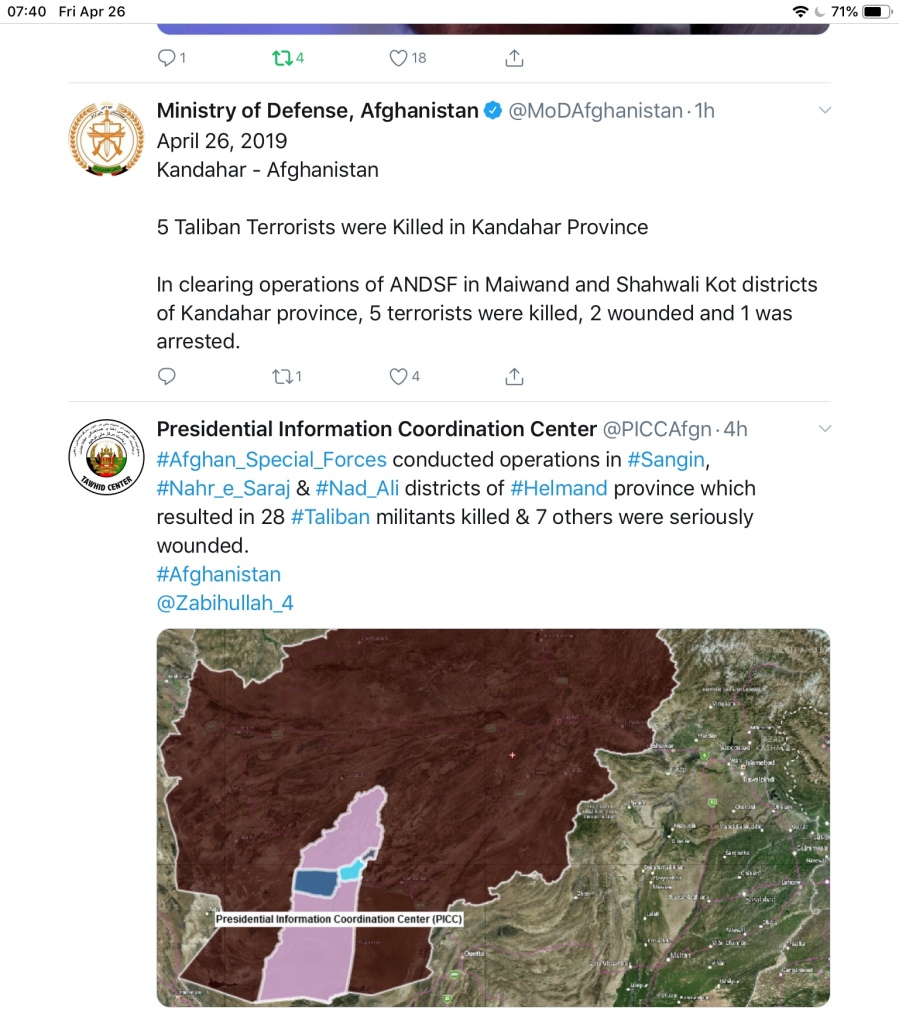 65 percent of Afghans are 25 and younger. They are educated, love freedom, and support their nation. Women are leading from the front. The youth are anti-violence and anti-bigotry. There will be no going backwards.

The enemies of Afghanistan are getting decimated daily in combat and now we finally got the religious leaders of the Middle East to condemn the Taliban as anti-Muslim. The Taliban are Pakistani puppets and cowardly butcher Afghan women and children daily.

The Taliban use civilians as human shields and directly attack them. Afghans know this. They know their Army is trying protect them.

The war is won, the Taliban and some anti-war hacks in the US just aren’t honest enough to admit it.

Long wars are messy and confusing, but if you think there is going to be another WWII, you are delusional. This is the nature of war now.

You need to know how to assess them and create long term strategies to help the other nations to win them.

The only “win” that matters is the Afghan win, and it already happened.

Jason Criss Howk has been involved at the tactical, operational, and policy level in Afghanistan since 2002. He has served as an assistant, advisor, and confidante to numerous generals, ambassadors, and Afghan government officials.