Why Pakistan must change its calculations about using Unconventional Warfare against Afghans.

This is from an open forum briefing to an international audience.

The Pakistani generals present during this briefing agreed with the assessment.

I wrote about the outcomes of this discussion here. https://news.clearancejobs.com/2020/02/22/a-regional-perspective-on-the-war-in-afghanistan/ 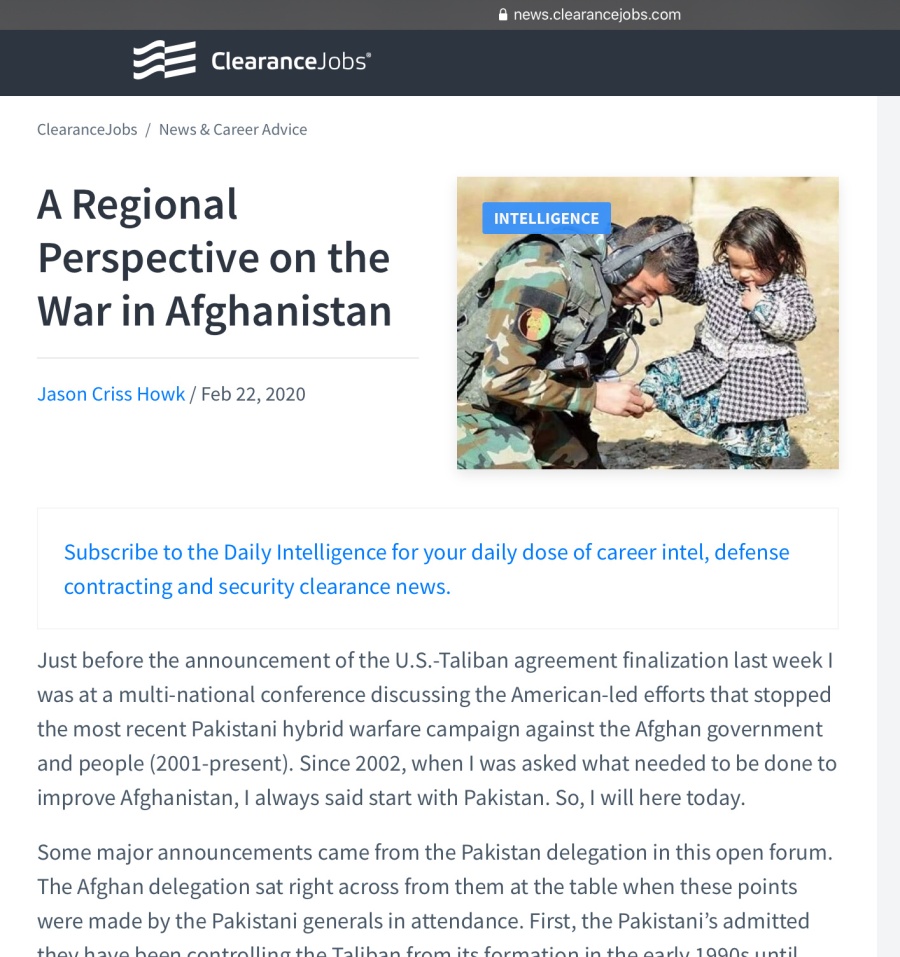 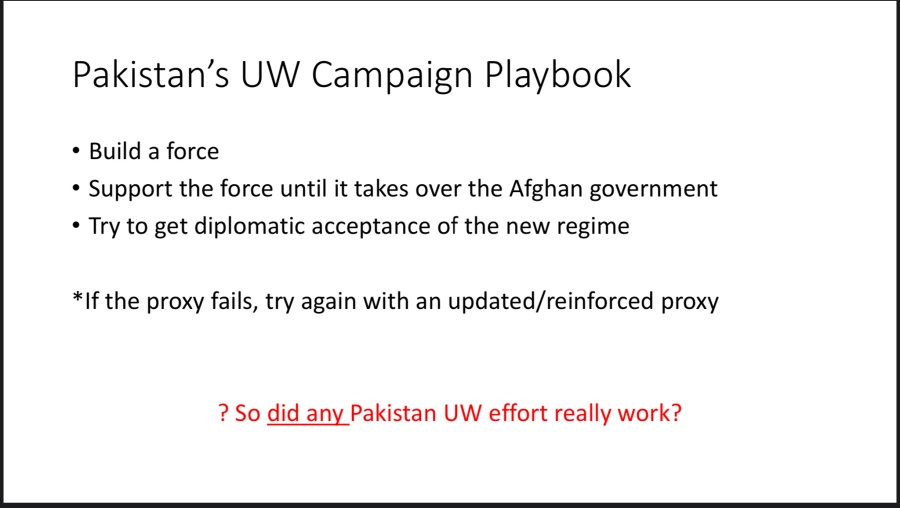 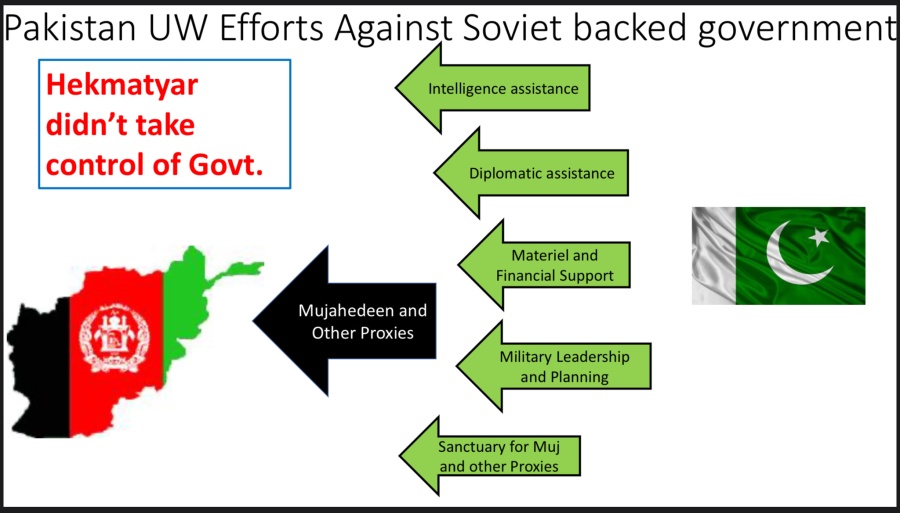 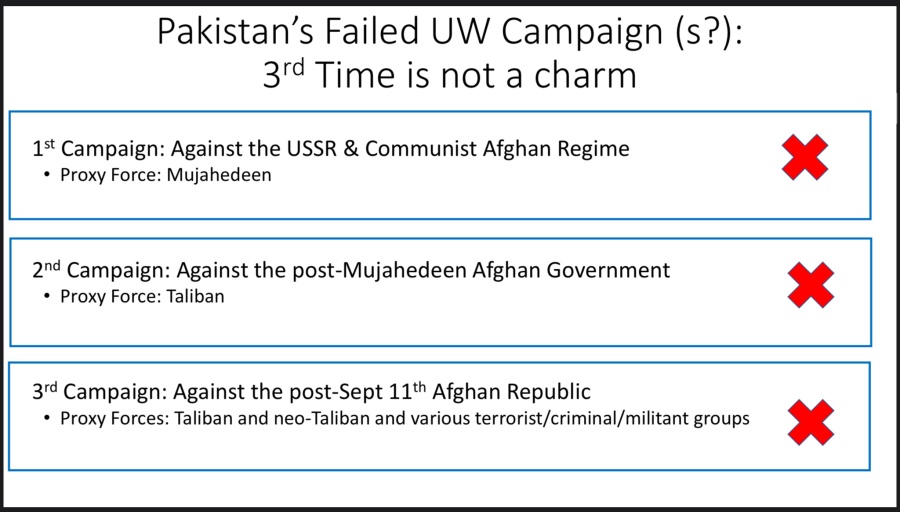 Pakistan has had little success governing their own nation, so no surprise they couldn’t set up a government in Kabul

Afghanistan was able to do many things to thwart the current Pakistan UW campaign against them. 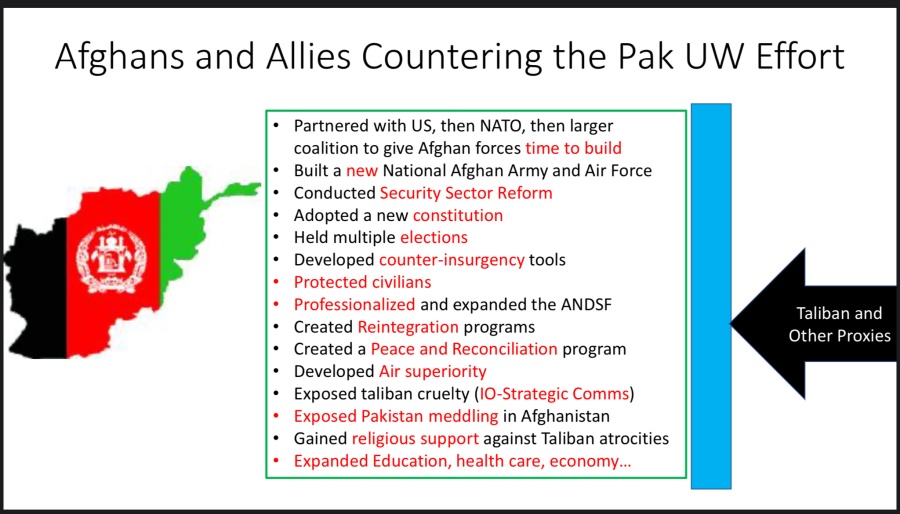 There have been many key actions along the way that stopped taliban momentum.

The world gave the Afghans the precious time they needed to rebuild.

The #ANDSF are the most valuable institution today & it is loyal to the elected republic government. They are professional & capable.

The Taliban no longer want to face the ANDSF, they choose to run away when they can.

The foot soldiers of the Taliban are eager for peace options 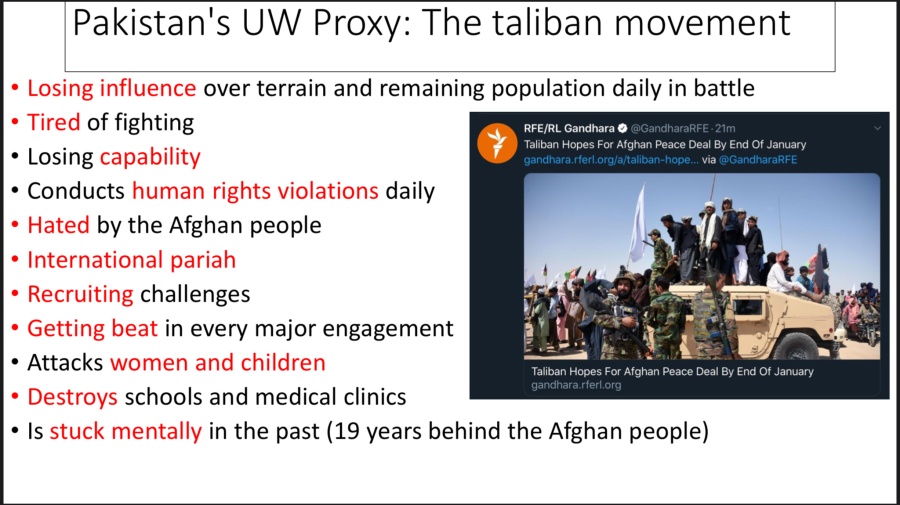 We are entering the phase of this war that was started in 2009. 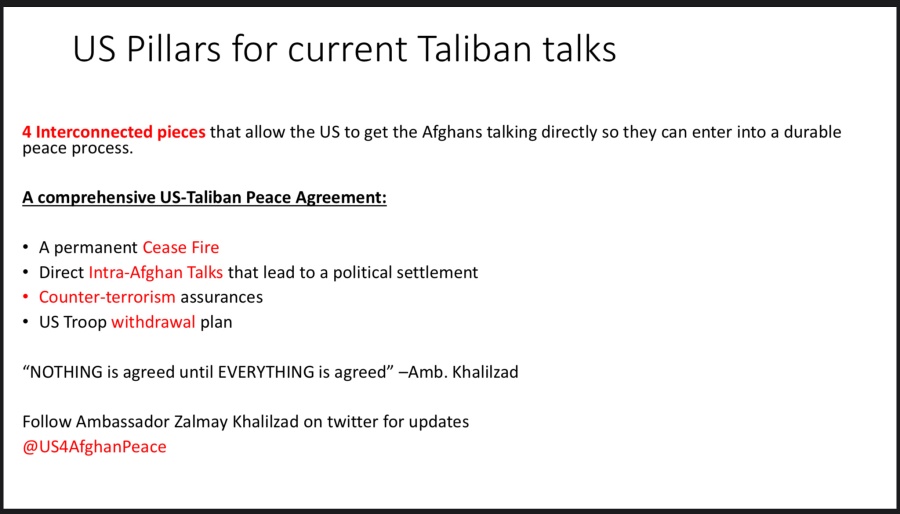 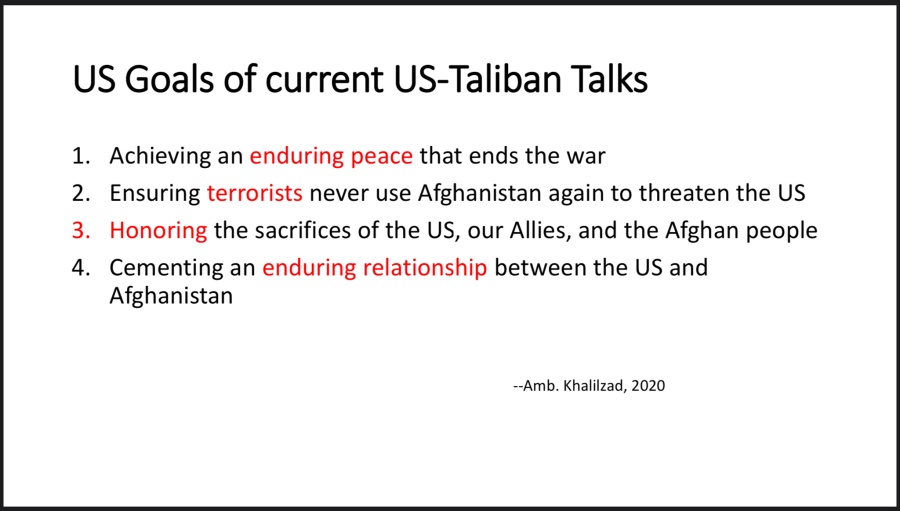 There are actions that Afghans must avoid if they want to have a peaceful and stable country. 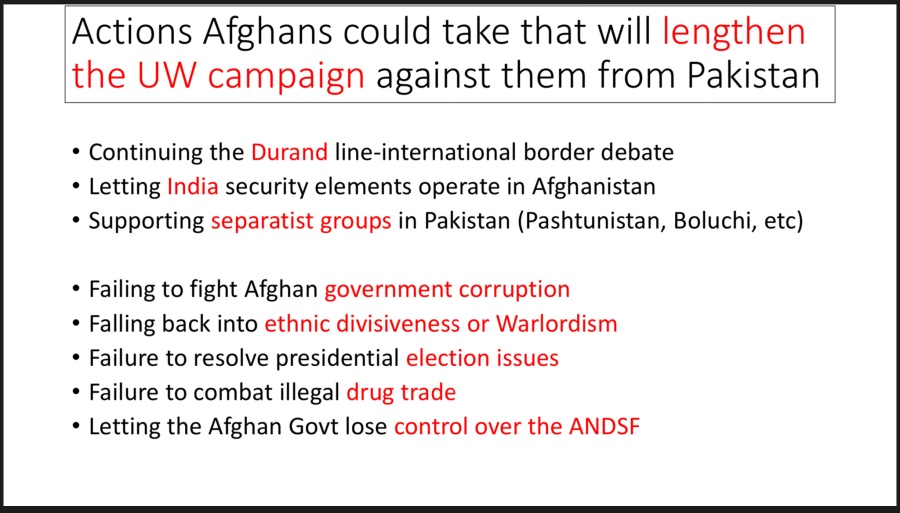 There are also actions the world expects Pakistan to take, to bring peace and economic progress to the region.

The options are pretty stark for Pakistan

Pakistan can either side with the majority of the world, or slip downwards into pariah state status with their terrorist allies 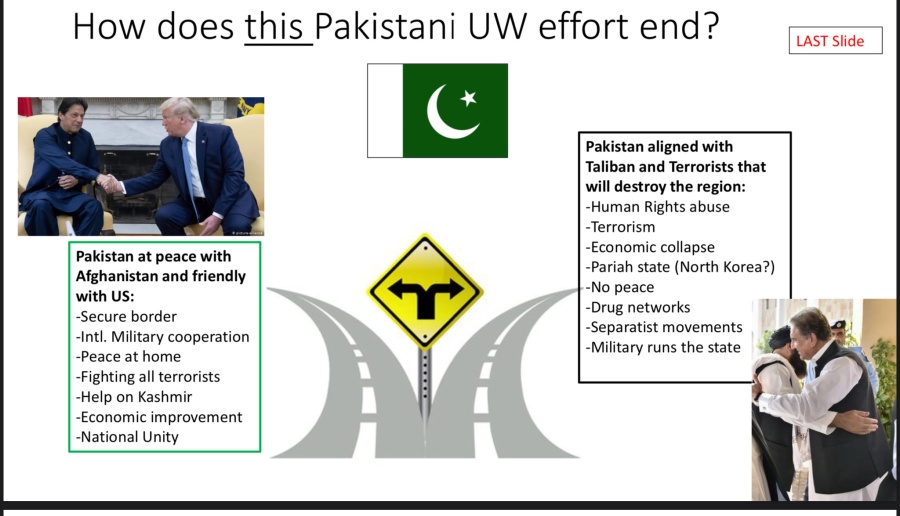 Jason Howk is a professor of Islamic and National Security studies and has worked on Afghanistan portfolios since 2002.